A group of new investors in a B2B company wanted to know what IT resources and modifications would be needed for a rapid expansion of the business. The company’s core business was providing general contractors with online bid management capabilities and access to local subcontractors.

While the current business model was successful, it could not scale effectively. The new investors saw the company as an opportunity for a turnaround and potential sale. They wanted to expand to multiple locations and grow the subscriber base of both general contractors and subcontractors. Rapid expansion and new sites would require an overhaul of current IT systems and networks to handle an influx of new customers and support for new offices.

Blue River International was engaged to help C-level executives understand the current IT operations and determine what additions and changes would be required to achieve the new expansion goals.

BRI worked with executives and other staff to analyze the existing IT architecture, infrastructure and systems and to develop a roadmap for improvements.

Our consultants soon identified a number of key weaknesses:

BRI provided a strategic roadmap to overhaul the IT department. The plan called for additional executive and development resources to augment existing staff. To facilitate execution of the plan, our consultant was engaged as interim CIO, working closely with executives and staff to identify gaps in IT systems, people and processes.

Deep gap analysis revealed additional problems, for which we recommended and implemented solutions: 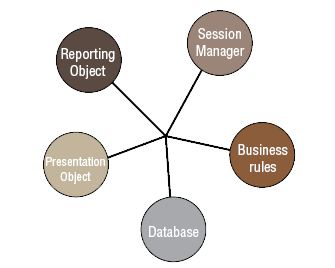 Ultimately, BRI was able to contribute substantial improvements to the organization. With modifications to servers, CPU utilization dropped significantly from 90 percent to 30 percent, despite an increase in customers. New staff and strong document management policies increased the department’s productivity. Changes to infrastructure made IT deployment in new cities fast and simple, while a strategic road map simplified system launches in new locations.

All the improvements enhanced the ability of investors to solicit bids for sale of the company. Joint presentations with the CEO and other C-level executives were made to potential buyers and ultimately, a competing firm acquired the company.

Our strong partnership with C-level executives, as well as a thorough review of business goals, ensured that the revamped IT department remained a seamless business enabler.

All the improvements enhanced the ability of investors to solicit bids for sale of the company. Joint presentations with the CEO and other C-level executives were made to potential buyers and ultimately, a competing firm acquired the company.